Mrs. Keckley, “Contraband” and The Lincolns

Shortly after the Civil war began, runaway slaves were give a unique new name: “Contraband of War.”

Fortress Monroe, near Norfolk, VA, was a crucial center for the Union, since it commanded the Chesapeake Bay, its trade, commerce and defensive position. General Benjamin Butler, a “political” general and Massachusetts lawyer, was in command of Union forces in that area, which was a magnet for the runaways. Technically, they “could not” be freed and “should” be returned to their masters, but Butler, an abolitionist, was not about to permit it. He declared the runaways as “contraband of war”, giving quasi immunity and a sense of growing pride and importance to the once-enslaved.

Early in the war, the Sanitary Commission was formed in the North. As a precursor to the Red Cross, the organization was devoted to provide money, goods and services for Union soldiers, particularly the wounded.

The idea caught on like wildfire, and hardly a Northern town  was without a chapter. (In the South, there was no structured organization; everyone pitched in however they could.)

Men had organized the Sanitary Commission, but it fell to the women to organize many of their activities: fairs and bazaars, knitting and sewing circles, assembling mess kits and sundries.

Huge sums were raised. Thousands upon thousands of articles – from fully-equipped ambulance wagons to socks and pajamas – were provided to army hospitals.

Elizabeth Keckley (1818-1907) was born in Petersburg, VA, a mulatto slave.  At a young age, she discovered a rare talent for sewing and designing ladies fashions and eventually became so adept that she earned enough money ($1200) to purchase her freedom.

As a free woman, she moved to Washington in 1860 and opened a shop, making gowns for the capital’s elite. She had come highly recommended to Mary Lincoln, and began working with the new First Lady the day the Lincolns entered the White House.

The relationship between Elizabeth Keckley and Mary Lincoln would steadily deepen. Mrs. K. would not only be engaged as her modiste and personal dresser, but helped nurse Willie and Tad when they were sick, and tended to an ailing (and grieving) Mrs. Lincoln as well. From time to time she even combed the President’s thick and unruly hair. In short, she became indispensable, and the close confidante and companion to the First Lady. 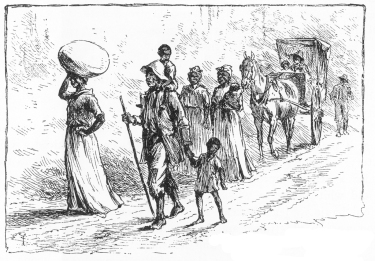 Free Negroes and former slaves came to Washington in droves during the Civil War. They were usually “disappointed” by freedom.

While the North and South actively supported their wounded, “Contraband” were given little assistance. Where were these poor souls to go? How would they find work and avoid starvation?   They were being ignored and neglected.

Mrs. Keckley had become a prominent figure among the free Negro citizens of Washington, well respected by her community. After witnessing a fund-raising fair in Washington to help wounded Union soldiers, she approached the pastor of her church about forming a society to assist all those “contraband” who needed food, clothing, medical attention and shelter. An organization was formed to collect money and goods, and to distribute them where they could. They named it the Contraband Relief Association.  Once Negroes were accepted as soldiers in the Union Army, it became The Ladies’ Freedmen and Soldiers Relief Association.

It was one of the first organizations established for Negroes to provide care for their own, and set a standard for subsequent charitable groups, uniting assistance among the capital’s Black Churches.  They organized their own fairs and bazaars, lectures and dances. 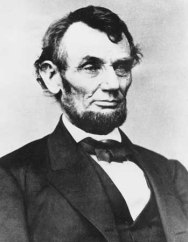 Lizzie Keckley had had a very brutal upbringing. Her “masters” were cruel; she was subject to beatings, rape and humiliation, yet she rose above it and was proud and self-sufficient. She was not given to beg for favors. Her prominence as dressmaker to the First Lady, and the genuine kindness she received at the Lincolns’ hands was sufficient.

Mary Lincoln was a generous supporter to the Contraband Relief Association.

However, a month after the Contraband Relief Association was formed, she accompanied Mrs. Lincoln on a trip to New York, and took advantage of that time to tell her about her new “organization.” Mrs. L. was delighted to lead off the fund raising drive, and after requesting support from the President, pledged $200 (which would be far more than $2500 today). Mrs. Lincoln’s influence also brought Lizzie in contact with many prominent Northerners who also contributed generously. Wendell Phillips and Frederick Douglass were included among the subscribers, and even gave lectures on its behalf.

Both Lincolns would make subsequent contributions from time to time.

Mrs. Keckley: A Fall From Grace

“Behind the Scenes” has been reprinted many times – but it was unsuccessful when it was written. It is said that Robert Lincoln arranged to purchase every existing copy to prevent his mother’s embarrassment.

The rupture of the close friendship between the First Lady and her dressmaker began basically over money. After Lincoln’s assassination, Mary Lincoln needed Mrs. Keckley’s near-constant companionship and nurturing, but she could no longer afford to pay her. Mrs. Keckley needed the money. Devoting all her time to the demanding former First Lady left her no time to tend to her business. She lost her customer base.

Elizabeth Keckley lived a long life, but it was mostly in poverty, relying on assistance from some of the charitable organizations she helped to found.

In a effort to support herself, she penned an autobiographical book with a ghost-writer, called Behind the Scenes: Thirty Years a Slave, and Four Years in the White House. In it, she presented an intimate portrait of the Lincolns including private letters from Mrs. Lincoln. This was a total breach of trust and privacy and Victorian morality, and the relationship between the two women was severed. Mrs. Lincoln never spoke of her again except to refer to her as the “Negro historian.” Mrs. Keckley had not intended to harm or humiliate the former First Lady, and indeed was devastated by the broken relationship.

Elizabeth Keckley later spent time as a dressmaking instructor at Wilberforce University, but eventually died at age 89 in poverty, at a Home for Destitute Colored Women, one of the offshoots of the Contraband Relief Association.

Keckley, Elizabeth – Behind the Scenes: Thirty Years a Slave, and Four Years in the White House – Important Books, 2013

2 Responses to Mrs. Keckley, “Contraband” and The Lincolns