Warren Harding: Bloviator of Nostrums and the Founding Fathers

A few men have the gift of speechifying pontifically and saying little. Like Warren Harding, 29th President.

Warren Harding at the podium. Bloviating.

Harding was always a hands-on newspaperman.

Warren Harding was one of the most affable men in town. He was easy going, a bona fide glad-hander, and a fellow who fit easily into any social setting. Tall and good looking, he supposedly gained political supporters because “he looked like a President.” While some were not enthusiastic about him, there are very few records of anyone actually disliking him. 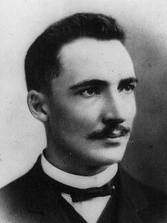 Harding was said to be the best looking young man in town.

When WGH came to Marion, Ohio, he was still looking for a career path. Following a mediocre college education, he had spent some time working for a printer, and liked it well enough. He became part-owner of a Marion weekly newspaper, finding potential advertisers and subscribers. He became very good at it, eventually bought out his partners and made it a viable daily newspaper.

Around the turn of the century, his wife Florence created a place for herself as circulation manager of the newspaper: Taking charge of the delivery newsboys and seeing that the subscribers and advertisers were paid up. She was very good at that.

Warren G. Harding was a good looking fellow even as he aged.

Harding’s natural hail-fellow-well-met inclination accounted for a good part of the newspaper’s success. He happily joined every civic and fraternal club in town – the Kiwanis, the Masons, the Lions, and of course the Republicans. He attended their meetings, and their members became advertisers in The Marion Star.

A local newspaper publisher is always a welcome guest speaker, and Harding was happy to accept the invitations that began coming his way. He was very good at that, too. Even better, he truly enjoyed having an audience.

By his own admission, he was “a booster.” He like to talk about all the good things America had to offer. It was easy to do. It was the time of Theodore Roosevelt, Republicans, flag-waving, apple pie and 4th of July parades. Very little of what Harding said was important or deep in concept. Then again, most of his audiences were businessmen. “Feel good” talk suited them just fine.

It was how he said things, how he “bloviated” (as he called it), and the addiction he had for alliteration and juxtaposition that caught the public eye – or ear.

Warren G. Harding. He really did look like a President.

It did not take very long for the man who looked like a president to come to the attention of some Ohioans seeking a man who could be president. A good looking fellow with a thriving newspaper, who enjoyed pontificating and sounding important was fine criteria for public office, and Harding was easily elected to the Ohio State Legislature, and even for a term as Lt. Governor.

The statewide office not only gave him entrance to Ohio’s political community, but a whole new set of invitations to “bloviate.”

With his wife capably seeing that the Marion Star’s bills were paid (and its creditors paid up), Harding was free to accept many of those invitations. He enjoyed traveling, and even better, enjoyed his extended popularity.

In 1913, the country had ratified a Constitutional amendment to elect U.S. Senators by popular ballot. (Before that, state legislators elected the Senators.) 1914 was Ohio’s first opportunity to elect a Senator, and the good-looking Warren Harding won easily. He had bloviated his way around Ohio, and had many friends eager to offer support.

The Founding Fathers – at least some of them.

One cannot copyright a title. Nor can one copyright two perfectly ordinary words used in sequence.   Some intrepid historians claim that the use of the words “founding fathers” had been used decades earlier, but that is a specious argument – since it applied to people other than George, Tom, Ben, Jemmy and the rest of the gang.

But in 1915, it appears that Warren Harding, bloviator first class and alliteration addict, delivered a speech and used the term in exactly the meaning we have come to understand today. He obviously liked the phrase, and not long thereafter, used it again.

And again and again. And by the time he was a viable candidate for President in 1920, the phrase “Founding Fathers” had only one meaning (although many people use the phrase in more localized manner, i.e. The founding fathers of the town, or the business, etc.) “Founding Fathers” became the definitive collective for the 18th Century framers of the mechanics of our country.

Harding was a pleasant fellow, but basically an empty suit, according to the intelligentsia. H.L. Mencken, a fellow newspaperman (Baltimore Sun) and pontificator with a better vocabulary and wickedly satiric sense of humor, found WGH to be a perfect bullseye for his barbs, which came fast and furiously, “founding fathers” notwithstanding.

In 1920, WGH bloviated the following… “America’s present need is not heroics, but healing; not nostrums, but normalcy; not revolution, but restoration; not agitation, but adjustment; not surgery, but serenity; not the dramatic, but the dispassionate; not experiment, but equipoise; not submergence in internationality, but sustainment in triumphant nationality.”

H.L. Mencken, The Sage of Baltimore

In response, Mencken critiqued, “He writes the worst English that I have ever encountered. It reminds me of a string of wet sponges; it reminds me of tattered washing on the line; it reminds me of stale bean soup, of college yells, of dogs barking idiotically through endless nights. It is so bad that a sort of grandeur creeps into it. It drags itself out of the dark abysm of pish, and crawls insanely up the topmost pinnacle of posh. It is rumble and bumble. It is flap and doodle. It is balder and dash.”

Bloviator and empty suit perhaps, but “Founding Fathers” does have the right ring to it, and we must give credit where due.

4 Responses to Warren Harding: Bloviator of Nostrums and the Founding Fathers