Abigail Adams raised four children of her own. She eventually raised nearly a dozen more as part of her extended family.

The four children born to John and Abigail Smith Adams were not a stellar bunch. Only their eldest son, John Quincy, rose to meet the high expectations his parents set for him. The other three led far more sorrowful lives. 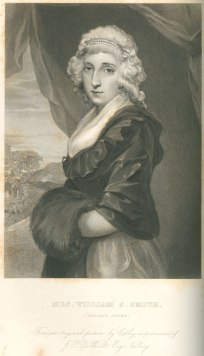 Abigail (Nabby) Adams Smith. Her marriage was not a happy one.

Abigail (Nabby) Adams married a young man with her parents’ consent and approval. William Smith (no relation to Abigail’s family), one of George Washington’s aides during the Revolutionary War, had been engaged as John Adams’ secretary in London. When a romance between Col. Smith and their daughter blossomed, the Adamses were pleased. Within a short time, however, that pleasure turned to disgust. While Smith never mistreated Nabby, and she always was dutiful in her wifely affections, Smith was a speculator and poor provider. He was also an opportunist, who whined continually about never receiving the “favor” he believed the son-in-law of the Vice President and later President, should have. Their marriage was so impoverished, that Abigail eventually brought their two eldest children to live with her, to spare the extra expense. Nabby died in her parents’ house at age 44, of breast cancer. 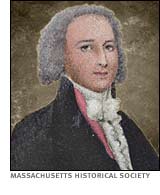 Charles Adams married his brother-in-law’s sister, Sally Smith, and they had two children,, Susanna and Abigail Louisa. But Charles fell prey to the twin curses of alcoholism and depression. He died at thirty, in squalor. Sally and her two children became a permanent part of Abigail’s household. 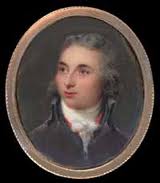 Thomas Boylston Adams. His life was neither happy nor successful.

Thomas Boylston Adams began auspiciously, but he never seemed to find a true path for his talents. He was a mediocre lawyer, married rather late, fathered seven children in eleven years, took to drink, and was dependent on his parents for the rest of his life.

The Nieces and Nephews

Abigail Adams may have carried a genetic “curse” of alcoholism, although the term itself is a modern one. Her only brother, William Smith, (no relation to any of the other William Smiths that peppered and confused the Adams family tree) became an alcoholic at a young age, and was a deep source of pain to his three sisters. Unable to support his family, when he died at only forty-four, his widow and four children were dependent on others for financial support.

His teenaged daughter Louisa came to live with Aunt Abigail about the time the Adamses returned from Europe and Uncle Adams became Vice President. She never married, seemed content to be the perpetual maiden-aunt who helped raise other relatives’ children, and tended to Aunt and Uncle Adams in their old age. In Abigail’s will, she left a generous bequest to “the faithful Louisa.”

Elizabeth Smith, Abigail’s sister, had married John Shaw, also an alcoholic. Elizabeth remarried Rev. Stephen Peabody after Shaw’s death, but their son, William (Billy, within the family) would suffer from the strains of his early youth all his life. Childhood accidents left him with various physical ailments, including a permanent limp. While his superb intellectual acumen was acknowledged by all (a rare occurrence, since all the Adamses were sparing in praise), his social and personal failings were also acknowledged by all. During John Adams’ Presidency, Billy Shaw served as his secretary, and lived with the family during their brief time in the White House. While there is no evidence of his alcoholism during that tenure, the alcoholic-gene came to roost, as William Shaw withdrew more and more into his books. While he became a practicing and respected attorney, his one true love, and lasting accomplishment seems to be the establishment of the Boston Athenaeum, which even today, is the envy of every American historical society.

Abigail Adams in her older years.

All the children of John and Abigail Adams were prolific, and nearly every one of their grandchildren came to live under their guardianship at some point.

Thomas Boylston Adams lived nearby with his wife Nancy and their seven children. Despite his lackluster practice of law and even more lackluster stints in public service positions, he took to drink, and “managed” his parents’ homestead.  When John and Abigail made their wills, Tom’s inheritance was left in care of John Quincy; they did not believe Tom sufficiently competent.

When John Quincy Adams was appointed Minister to St. Petersburg, Russia, in 1809, he and his wife Louisa took only their toddler, Charles Francis with them. George Washington Adams, age eleven, and John Adams II, age seven, were left in care of their grandparents for their education. T 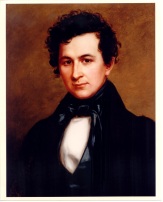 …as did John Adams II.

hey remained on and off with John and Abigail for the next five years, and became very close to them. Despite that closeness and the usual watchful Adams’ eye, both George and John II spent misfortunate lives. Both took to drink (the family curse), and both died young. George was not yet thirty; John II only thirty-one.

Abigail had died by that time, and was spared the additional grief.

Gelles, Edith B. – Abigail and John: Portrait of a Marriage – William Morrow, 2009