Posted on September 2, 2019 by Feather Foster 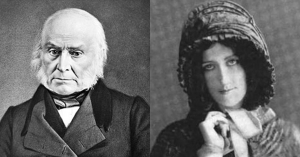 The curmudgeon and the public nuisance: an odd couple.

When John Quincy Adams became President in 1825, there were few who could match his stellar credentials: A cosmopolitan European education, Harvard graduate, legislative appointments and a long career in foreign diplomacy, including eight years as Secretary of State. 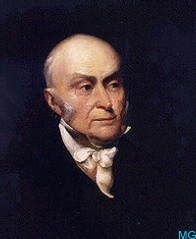 Alas for JQ, his popularity as a foreign diplomat failed him completely in the “small-d” democratic US government. He was perceived to be cold, aloof, sardonic, unbending and a few other choice detrimental words. But he was no fool. He knew his shortcomings.

He also knew that his presidency, while filled with fine and far-sighted proposals, would be unpopular and disappointing.

During her long lifetime, Anne Royall (1769-1854) was considered by her contemporaries as a common scold, a termagant and other disparaging epithets. Modern historians, however, who love to nitpick and repaint history with glowing brushes, consider her a pioneer woman journalist. 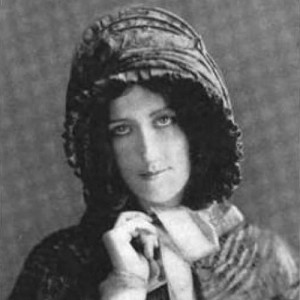 It is conceivable that both opinions, like most of history, contain pieces of true.

Her upbringing was poverty stricken, to a point that she and her widowed mother hired themselves out as servants to William Royall, an “older” gentleman. He took a fancy to the young girl, some twenty years his junior, educated her, and married her. The marriage turned out to be a happy one, albeit childless. He died and left Anne comfortably fixed, but Royall’s relatives loathed her and filed suit on grounds that the marriage was common law, and the will was in litigation for several years. Eventually it was nullified and Anne was left penniless.

With practically no funds, but possessed of a quick and frequently viper-tongued wit, strong unpopular opinions and a lively pen, she began to travel – and to write. She found readers, and made a meager living.

Somewhere along the way, perhaps due to the years of lawsuits over William Royall’s will and the poverty that hardened her, Anne became a very bitter woman.

William Royall had served in the American Revolution, and was eligible for a pension. She, as his widow, considered herself entitled to that small aid, but by law, she needed to plead her case before Congress. In person.

Congress did not believe her entitled, and despite repeated efforts, the pension did not materialize. Some indications point to Royall’s family who thwarted her every effort. Anne was virtually destitute, except for printing and publishing regular “scandal sheets,” in which congressmen and senators, judges, government officials, etc. found their names attached to questionably damaging activities – whether political or financial or “private.” She tried to sell subscriptions of her books and/or newspapers to said “subjects.” Many “subjects” considered it disguised blackmail.

John Forney wrote, “I can see her now tramping through the halls of the old Capitol, umbrella (it was a large green one) in hand, seizing upon every passerby, and offering her book for sale….Any public man who refused to buy was certain of a severe philippic in her newspaper.” 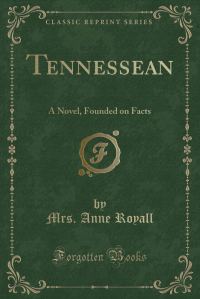 A letter from Justice Story to his wife comments, “We have the famous Mrs. Royall here, with her new novel, “The Tennesseans” which she has compelled the Chief Justice and myself to buy to avoid castigation….”

Her contemporaries in Washington painted a portrait of Anne as a hag, with a green cotton umbrella, which she carried everywhere. Her green calash dress in summer and shabby shawls and cloak in winter rendered all the more striking the wrinkled, swarthy, rawboned face of this woman who had struggled so bravely against hard times.

Books of/about that era consider Anne Royall a crazy hag with a sharp, strident voice…wearing thick worsted mittens from which “claws protruded,” always carrying her green cotton umbrella and her newspaper subscription book. She was a poor ludicrous figure, with few partisans.

In actuality, she was a woman forced by circumstances beyond her control, to live by her wits. 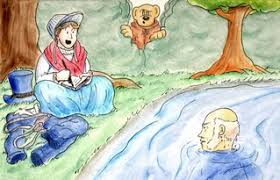 The swimming “incident” – if you know who drew it, pls let me know!

It was no secret in the 1820s, that President John Quincy Adams enjoyed a vigorous early morning mile-swim in the Potomac, weather permitting. The story goes (and has been frequently repeated) that on one of those exercises, he stripped off his clothes, left them on a convenient rock, and went for a dip. Along came Anne Royall, who proceeded to sit on his clothes, keeping the POTUS in nature’s own, treading water until he promised to answer her questions, or give her the story she wanted.

Today, the waterside “interview” is considered apocryphal – although it is a tempting thought and a cute picture. But Anne did get her story and JQ did get his trousers back. She is considered the first female journalist to interview a sitting (or floating) president. 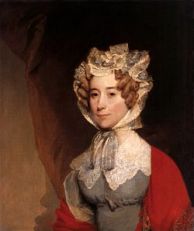 What is true, however, is that practically alone among his Washington contemporaries, John Quincy Adams found somewhat of a kindred soul, and she found a true friend. She was alone and maligned, and in some ways, so was he.

He did more than give her the “story” she wanted. He subscribed to her newspaper. He purchased copies of her books. He made efforts in behalf of her pension, which was finally granted nearly twenty years later and after he had died, and which was sued for once again by Royall’s family.

But perhaps most touching of all (especially for a curmudgeon), Adams honored a poor and generally ragged Anne Royall by inviting her to meet Mrs. Adams, which she did. Both JQ and Louisa Adams were always kind to the embittered and much-troubled woman. It is said that Mrs. A. gave her a white shawl.