The Constitution of the United States mandated that Congress develop a standardized system of weights and measures – back in 1787.

No one argued with the importance of uniformity of measuring things – from the purity of metals to the exact amount of ounces in a pound of butter. Everyone agreed that consistency was the key to sound trade between the new states. A pound of sugar in New Hampshire should be the same weight as a pound of sugar in Georgia.

President George Washington put the project in motion. Sort of.

Early in his first term, President George Washington reaffirmed the constitutional mandate and urged Congress to act accordingly. The problem was that since each State had its own close-but-no-cigar system of measurement, no Congressman wished to upset the local status quo for a common system. Ergo, nothing was being done.

Washington assigned the project to his Secretary of State Thomas Jefferson, who suggested that they either a) adopt the common British system, or b) create a decimal system based on the foot. When Congress learned that the British were in the process of re-evaluating its system, they agreed that wait-and-see might be the easiest approach.

They waited and waited, and nothing was happening. The Napoleonic wars were in the way, and both the British and the French were proposing separate “measures.”

The Right Man for the Job

President James Monroe had a dedicated Secretary of State.

Determining such an exacting system is tedious and time-consuming. It takes a huge amount of patience, diligence and devotion to detail. But in 1817, when POTUS James Monroe charged John Quincy Adams, his Secretary of State, with the task of compiling a comprehensive report on the subject, he found the perfect man for the job. 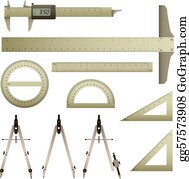 All the tools of weights and measures required consistency.

John Quincy Adams (1767-1848) was a creature of exacting habit, whether it was what time he rose, how many lines of poetry he read, or the number of steps he took to walk a mile. It was his nature to be devoted to minute detail. Even as Minister

Plenipotentiary to St. Petersburg, Russia, he made an “avocational” study of Russian weights and measures, and found them grossly inconsistent with their nearest equivalents in the US. It was a study that entranced him.

Historian Sharon Selin states that JQA’s wife Louisa wrote, “…no article however minute escaped his observation and to this object [weights and measures] he devoted all his time.”

As Secretary of State with a small staff (perhaps a dozen), he was already spread thin, between interaction with the President, the cabinet and the Congress. Then of course, there was interaction with foreign diplomats. Treaties. Supervising his staff. Managing the patent office. Compiling an index of Congressional laws. Et cetera. Much as he truly enjoyed plunging into the abyss of pounds, ounces, feet, yards, bushels, barrels, Troy weights and currency, he had little time for the exacting study he relished.

Trying to Get the Job Done

The need for consistency between the states (there were 19 when JQA became Secretary of State, 24 eight years later) was readily apparent to everyone as essential to successful and generally uncomplicated trade. JQA wrote that “weights and measures may be ranked among the necessities of life to every individual of human society.”

(For the like minded, Sharon Selin gives an excellent in-depth analysis of how JQA tackled the job! Read it!)

Secretary Adams began by reading through Thomas Jefferson’s report, and wrote to the proper authorities in every state, requesting a comprehensive study of their individual system of weights and measures. This usually included receiving samples of their instruments, whether various scales or yardsticks, cups or vials. He also collected vast amounts of information from England and France. He complained to his diary that “the researches necessary” were so time consuming, he could make scarce progress. This was especially frustrating, since the weights and measures “project” was considered a sideline to his other duties and obligations.

Finally, by 1819, he found some spare time for the subject that so fascinated him. He wrote in his diary “The deeper I go, the deeper and darker appears the deep beneath…yet it now fascinates and absorbs me to the neglect of the most necessary business.” He spent an inordinate amount of time in his office, and was even locked in by the night watchman, unaware that the Secretary was laboring on alone after hours.

His long-suffering wife Louisa wrote to their son John, “…his whole mind is so intent on weights and measures that you would suppose his very existence depended on his report.”

Finally, three years later, John Quincy Adams submitted a monumental report to Congress. He also sent a copy of the massive document to his father, former President John Adams, who wrote congratulating him, noting that while he had not read it, acknowledged that “no Industry but yours could have collected [so much… information] in so short a time.”

The report, however, recommended that no change be undertaken by Congress. Ever the pessimist, JQA philosophically noted that the inherent conflict between legislative and executive controls would demonstrate the “impotence of human legislation against the laws of nature, in the habits of man.”

Nevertheless he proposed that the US work closely with European counterparts in their systems, and that Congress might declare appropriate laws referring to the LEGAL weights and measures of the Union, and giving exact duplicates of each standard to every State and territory, hoping they might comply individually.

The report could be measured in pounds as well as pages.

He commented to his diary, “I have no reason to expect that I shall ever be able to accomplish any literary labor more important exertion to the best ends of human exertion, public utility, or upon which the remembrance of my children may dwell with more satisfaction.”

But he obviously measured up, and was about as happy as he was able to be.

His wife said it better, “Thank God we hear of no more weights and measures.”