Benjamin Harrison and the Body Snatchers

Grave robbing, and its cousin, body snatching has been around since antiquity. 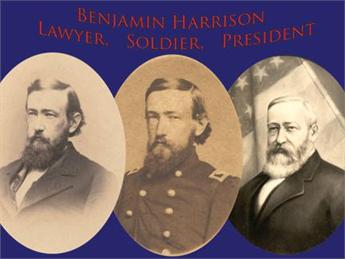 Archaeologists always sigh at the amount of priceless treasure and artifacts and history  lost over the centuries to grave robbers who search tombs and cemeteries for the remains of wealthy or prominent citizens for treasures that may have been entombed with them. Taking one’s valuables to the afterlife was a long-time tradition in many societies.

Body snatching is somewhat different. This entails taking the corpse itself, a practice that had become widespread during the 18th and 19th century in America (older than that in Europe), mostly for the purpose of selling corpses to medical schools for dissection. Students had to learn. Cadavers had to be provided for anatomy classes.

Occasionally, a body might be snatched for truly nefarious purposes, such as the aborted ransom scheme to steal the corpse of Abraham Lincoln in 1876. When the martyred president was re-buried, it was in a steel lined casket, buried in a ten-foot deep crypt, covered by ten feet of cement. 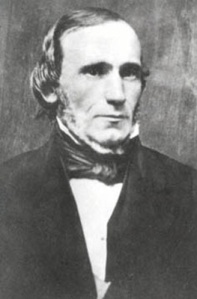 The only man who holds the distinction of being both the son and the father of a president is John Scott Harrison (1804-1878), youngest son of the 9th President, William Henry Harrison, and the father of the 23rd President, Benjamin Harrison (by his second wife). While John Harrison came from a distinguished family (his grandfather was a signer of the Declaration of Independence), the low birth order and a couple of generations of large Harrison families had diluted their fortune. To wit, he was not wealthy. 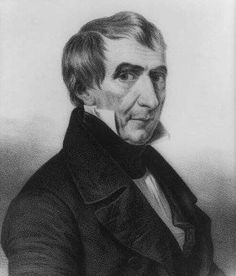 He had studied early on to become a doctor (much like William Henry Harrison had done), and gave it up to manage his property in North Bend, Ohio. He served for two terms as Whig Congressman in the 1850s, and past that, little is known of him. Until he died.

Benjamin Harrison (1833-1901) had an undistinguished youth-to-manhood, save for the fact that he  moved to Indianapolis and became an attorney of mediocre success. In a profession where young lawyers were dependent on referral scraps from established colleagues’ tables, Harrison received few opportunities or encouragement, since he had a reputation of being aloof, or a cold-fish, with few friends. He took on several paying-positions within the court system to augment his meager practice.

Then came the Civil War. Northern Governors were tasked to provide volunteer soldiers, and authorized to commission officers. Harrison duly set up a recruiting office, raised a regiment and was commissioned Colonel, despite the fact that he had no military experience. Nevertheless, he served with Sherman’s army capably, competently, learning on-the-fly, and with sufficient distinction to become brevet Brigadier General.

After his discharge in 1865, he returned to Indianapolis where being a lawyer, a Republican and a Brigadier General overcame his lack of personality. Having Grandpa WHH didn’t hurt, either. He became a political figure, ran-and-lost in some local elections, but at only 43, was considered someone to “keep a political eye on” in 1876.

The Death of John Scott Harrison

John Harrison died in 1876, and the family gathered to pay their respects. At the cemetery, however, one of Ben Harrison’s brothers noticed a nearby grave of a friend who had died a few days earlier. It had been visibly disturbed, and the Harrison family was suspicious of mayhem. They insisted their father’s coffin be covered with heavy rocks and cement prior to final interment, and engaged a guard to watch the gravesite for a month.

The next day, Ben’s brother John and a friend, accompanied by three policemen went to investigate the suspected grave-robbery of their friend, a young man in his early twenties, who had died of consumption. Their investigation took them to the Medical College of Ohio, a prime venue for receiving stolen cadavers.  The newspapers even reported that someone had seen “a stiff” wrapped in white cloth being taken into the school in the wee hours of the morning.

The janitor of the school hemmed and hawed, but the body of Augustus Devin, the fellow in question, could not be found. Young Harrison and his friend (and presumably the policemen) pressed on, and investigated further. Their snooping uncovered what looked to be a trap-door in an upstairs floor. When they pried it open, they were stunned to see a naked corpse suspended upside down by a rope, inside the shaft, obviously to hide it from prying eyes until it could be “utilized” by the college anatomy students.

But the amazing surprise was that it was not the body of a young tuberculosis victim – it was the body of their father, the 73-year-old John Scott Harrison! The body snatchers had obviously been watching the interment, and later drilled opened the casket from the “foot” end, pried the body out, yanking it by the ankles.

The Aftermath of the Body-Snatching 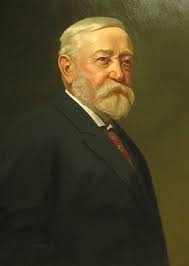 Of course it made the newspapers! The medical professors were unapologetic, insisting it was the only way sufficient cadavers could be obtained for research and training purposes. There were no answers and no indictments were brought. But the backlash was strong.

Benjamin Harrison, son-and-lawyer, filed a civil suit against the medical college, but Ohio’s Hamilton County Courthouse burned down in 1884, and all records pertaining to the suit were lost. It was also not an episode that the Harrisons were eager to share, particularly once Ben became a US Senator, en route to the White House in 1888.

But in reaction to the Harrison body-snatching, at least five states amended their grave-robbing laws to include stiff penalties (no pun intended) for illegal stiffs. Medical schools would thereafter rely solely on unclaimed bodies who had died in state care or institutions: paupers, the insane, orphans or prisoners.

1 Response to Benjamin Harrison and the Body Snatchers