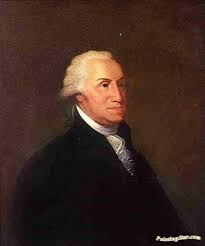 Thesis: Where there is art, there are art critics. Corollary: Everybody is a critic. 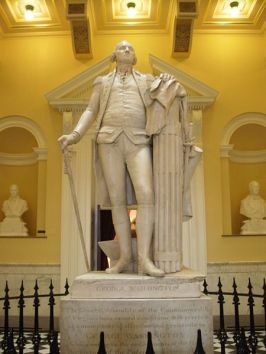 Statues commemorating heroes and saints, sages and scenes of glory have been around since antiquity. It was only natural that when the State of Virginia wanted to honor its favorite son, circa 1785, the master French sculptor Jean-Antoine Houdon was commissioned. He traveled to Mount Vernon to take the General’s measure, literally as well as figuratively. Then he broke all traditional artistic preconceptions, and depicted him fully dressed in his “modern” uniform, with a few discreet allegorical references. It was intended for, and indeed still remains, in the rotunda of the Virginia State House.

By 1832, the centenary of Washington’s birth, Congress was desirous of a statue to grace the rotunda of the Capitol Building, in the City that bears his name. Also, by that time, there was a growing cadre of fine American artists and sculptors. Horatio Greenough (1805-1852), born and raised in Boston and a Harvard graduate, was among them. Despite his academic education, his natural talents led him to art, and, as practically required, living in Italy to study with the masters. 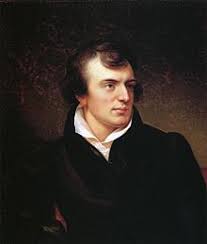 When Congress commissioned 27-year-old Greenough, they had a few caveats. They wanted Washington to be “larger than life.” They also wanted him to be seated, honoring his statesmanship, as opposed to military accomplishments. And they were prepared to pay the opulent sum of $5000.

Greenough was a competent sculptor with a fair body of work during his short life. He died at only 47. But as an accomplished academician, he was also bound to traditional and classical stylistic conceptions. As was popular during that neoclassical period devoted to antiquity, he modeled his creation after the Statue of Zeus, sculpted by Phidias, and considered one of the Seven Wonders of the Ancient World. 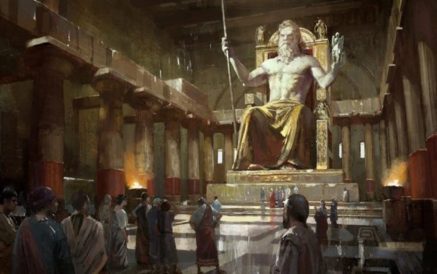 An “imagined” statue of Zeus, one of the Ancient Wonders. It was destroyed in the 4th Century AD for it’s gold.

Greenough ordered the finest Carrera marble, and produced it entirely in his studio in Florence. It took him eight years. He was so proud of it, that he engraved it on the back, in Latin, “Horatio Greenough made this image as a great example of freedom, which will not survive without freedom itself.”

When he wrote and advised Congress that “Enthroned Washington” (as he titled it) was ready to be shipped, Congress was faced with a problem: getting it from Italy to the USA. In 1840, it was daunting, and Congress dickered and debated for weeks. Finally, they agreed to send an American man-of-war to bring George home. More money.

Another problem: getting the statue from Florence to the port city of Genoa for shipping. It weighed more than twelve tons. It took twenty-two yoke of oxen several days to haul George over the unpaved mountainous Italian roads. Seriously not cheap. One story says that the peasants en route believed the statue to be of some saint, and they knelt and genuflected as it passed by. Maybe.

Yet another problem: When the statue finally arrived in Genoa, they discovered George was much too large for the hatch of the man-of-war sent to bring him home. A merchant vessel with large enough capacity had to be refitted and chartered. More money. A lot more money.

The Trouble With George 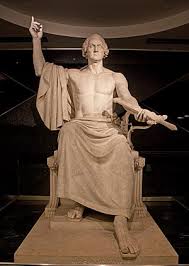 Finally, “Enthroned Washington” arrived at the Washington Navy Yard in 1841. A committee of select Congressmen were designated to formally “receive” the statue. They were horrified to find the Great George Washington was indeed seated (as authorized), but naked to the waist, with a robe in his lap and a section of a toga draping his right bicep. His bare feet were also in full view.

Virginia statesman (and later Governor) Henry Wise commented, “The man does not live and never did live, who saw Washington without his shirt.” (He didn’t say anything about his bare feet, although it is likely that only his servants and Martha ever saw him without his boots, either.)

As word got around about this “un-Washingtonian” image, it appeared that most of the country were like-minded of the sentiment, and convinced that George himself would despair.

Meanwhile, there was another problem: getting the huge statue from the Navy Yard to the Capitol. It cost another $5000. Then, as they finally were about to enshrine George in the Rotunda, they discovered that he was too large for the Capitol doors, and the masonry had to be cut to accommodate the massive statue. Once placed in its reserved spot however, the floor began to sink, so a massive and expensive pedestal was built for additional support.

It did not take too long for Congress to decide that the Rotunda was not really suitable, so George was removed and replaced outside the Capitol Building. Over the next thirty five years, it was moved a few times, and by the mid-1880s, had already cost the country upward of $42,000.

It had also become a laughing-stock, albeit a respectful one. One jokester, according to Frank Carpenter, a Washington journalist, commented on the outstretched sword in the statue’s left hand and his right hand pointing heavenward. He was sure George Washington is demanding, “Take my sword if you will, but bring me some clothes!” DC winter winds can be bitter cold! And then, of course, the city is full of pigeons.

It was unintended, but it was a scandal. 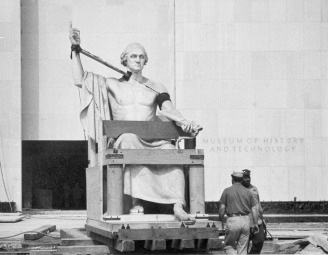 Moving Enthroned Washington to the Smithsonian. A massive undertaking!

By 1908, with snow, wind, weather and exposure, some cracks were discovered in the back of the statue, and the “authorities” decided George needed to come back indoors. The Washington Evening Star commented diplomatically, that the statue looks “pitiful out in the cold.” The original “castle” of the Smithsonian Institution was deemed the perfect location. The cost to remove, ship and re-install the statue was staggering.

In 1963, it was finally moved at a cost that dwarfed all the others, to the second floor of the Smithsonian’s new Museum of American History, still seated, naked to the waist. You can see it today if you like. We paid a helluva lot of money for it!